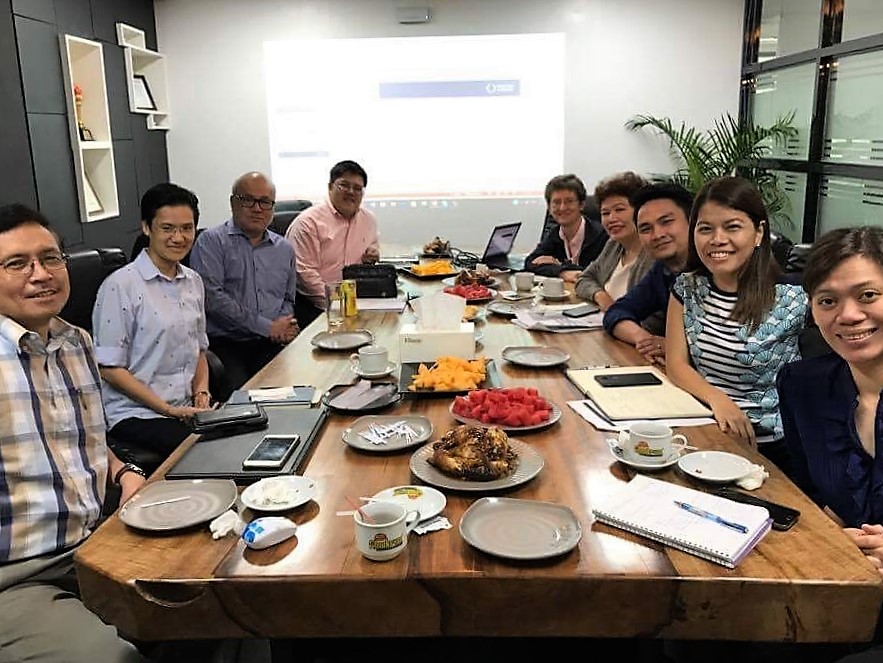 Senior HR in high performing companies in the Philippines share their practice and thinking on how they are changing their approach to managing performance and annual reviews.

Performance management is not a new idea. We’ve all been trying to do it in one way or another for decades. It is in the air again though, because some very big players are questioning the nuts and bolts of it. It’s been rumbling for a while. Deloitte announced that they were making big changes to their system back in 2015. In October 2016 HBR published an article by Pete Cappelli and Anna Tavis, The Performance Management Revolution which concluded that ‘performance appraisals would not be the least popular practice in business, as they’re widely believed to be, if something was not fundamentally wrong with them’. So that was the question we took up in our last Investors in People HR forum in Manila this month. What, exactly, is fundamentally wrong with performance appraisal?

The Origins of Performance Appraisal

Cappelli and Tavis include a short history of performance appraisal in their article. A kind of performance management through the ages. And it is ages. They traced the appraisal process back to the WWII US military, where it was used to identify poor performers to discharge or transfer. Then, having been adopted fairly universally, (I’m skipping a few details here) the focus of appraisals has swung back and forth between accountability and development, depending on the business context. There was also the occasional seismic shock, as when General Electric introduced the forced ranking system. Probably a good example of solving one problem and causes several more, and which the company eventually dropped in 2005.

The ‘revolution’ Cappelli and Tavis are referring to is the move away from the annual performance review to regular ‘check in’. At least that is one of the main changes. Colorcon seem to have been one of the first companies to signal the change as early as 2002. According to the Cappelli and Tavis, Colorcon’s global HR head announced that the annual review would be no more, and that they had found a better way of reinforcing desired behaviours; that being supervisors giving people instant feedback, tying it to individuals’ own goals, and handing out small weekly bonuses to people they see doing good things. Since then organizations like Deloitte, Accenture, Adobe, IBM, Microsoft, Kelly services and Sears have been rethinking and changing their systems. Reasons for change Deloitte say, include that the traditional appraisal takes a huge amount of management time (l.8m hours in their case) and the process no longer meets their business needs.

So what is the problem? Why doesn’t it work any more? Our group identified several reasons.

The first comment was, an annual appraisal is predominantly looking back. Much as organizations have tried to introduce an element of looking forward with an objective setting part, if you call it an appraisal than you indicate that you are going to be appraising someone’s performance, and if it’s an annual appraisal, then you are appraising the performance for the previous year. That’s not 100% bad of course, but is it the best thing we could be doing given the time everyone puts into it? Regular, flexible ‘check ins’, on the other hand, mean that people get timely feedback and support in what they are doing. Managers have opportunities for coaching or giving guidance and encouraging development, none of which fit well in an annual appraisal. Talent development and growth, and continuous improvement is more aligned to the needs of business in the current climate of high employment and competition for skills and people.

Maybe it’s not the System that is Wrong, but How We Do It?

Another challenge that our group discussed was the variability in skills for conducting one to one conversations with people, and giving feedback. HR people have always known that managers need training in conducting the performance appraisal, and we all have accepted that appraisal training is a good practice; but are we just training managers well to do the wrong thing? One of our group is now addressing this with two leadership initiatives. All the leaders are being trained in the Stephen Covey 7 Habits. At the same time, they are introducing the Gallup strength finder to help people at every level determine and develop their strengths. While not directly targeted at the appraisal, you can see how these two initiatives in leadership development could result in a much better dynamic in most one to one conversations.

No one Likes Appraisals

Does it matter that no one likes them? Everyone in our group acknowledged that neither managers nor people like the performance appraisal. Although many people like to get feedback. People not liking something doesn’t automatically make it bad. Not many of us enjoy a visit to the dentist, but we know we need to do it anyway. Why don’t managers like it first of all? One of our group members commented that the only complaints about performance appraisal that they had ever received were from the managers. Is it because they don’t like to sit in judgement and rate people from unsatisfactory to exceptional, or from 1 to 4, or whatever the scale we use? Is it because reducing people’s effort for a whole year of their life to a number or a single word is too simplistic? Everyone acknowledged that if performance appraisals are supposed to motivate people to perform better, they singularly fail. Forced ranking got the vote for the most disliked process, by managers and people alike. Hardly surprising when its original purpose was to determine who to fire and who to promote. Not best suited to a talent competitive environment.  Then there is the ranking and the link to pay. One of our group pointed out that no one is happy when they do this. The top performers are not happy because they don’t think they get enough, the people labeled low performers are obviously not happy with that, but the people in the middle, who have been told they are okay, but nothing special, are perhaps the least happy of all. Then in the calibration processes, despite their best efforts to focus on people rather than numbers, the conversation become more about coefficients and points.

Are We Trying to Mix Oil and Water?

Another thing: the development plan that we tag on to the end of the appraisal. I’ve seen many appraisal records over the years, and very often the development plan was blank or very sketchy. Most of the organizations represented in our meeting had already moved to a separate process for individual development plans. A suggestion that we probably all agreed with was to treat performance appraisals and development conversations like oil and water, and keep them separate. While the annual performance appraisal is designed with accountability in mind, it has tended to have a developmental side to it. Depending on the climate of the time development has been more prominent or less, although it seems that accountability has usually carried the day. Now, organizations like Accenture and Deloitte need their young, bright graduates to develop fast, so the accountability approach is less of a business fit. Given that the two don’t mix well, development is currently the winner in that competition.

But How Will We Determine Pay And Promotion if We Don’t Have Annual Appraisals?

What about the big question of having a scientific basis for deciding salary increases, or bonuses though? Annual performance appraisals do often provide the data for salary and promotion decisions. In all the companies our group represents there is still an annual process, although all of them were supplementing this with more frequent, mostly monthly, one to one meetings. But the annual appraisal was still the basis of pay decisions. Although one company has decided definitely to discontinue the annual appraisal in the future. Have we settled for the annual review as the best of a bad job in providing an objective basis for pay decisions? The group was unanimous that ratings are easily manipulated. Numerical ratings make it look fair, but they hide a multitude. One of our group explained that their rating system was based on both targets and behaviours. That sounds fine right? But in the rating, supervisors would give high rating for behaviours, to compensate for people who were preforming lower in their targets.

We Want Teamwork, but We Only Appraise Individuals

Some of the companies that Cappelli and Tavis said are moving away from annual reviews are motivated by the failure of traditional appraisal to address team work. Forced ranking has also been cited as mitigating against a collaborative working environment. Sears and Kelly Services come into this category. Team work between front and back offices is vital for customer service and efficient operation, and performance appraisal is an individual system.

So What Should We Do?

One of our group has a system that has been evolving and changing every year. Now it’s on an online self-service platform where people set their own objectives, and can change them any time. The system can also capture progress against goals and feedback throughout the year. Learning and development is separate from performance. Others were also rethinking their systems and one had already decided not to have an annual review.

Here are some of the ideas we shared for improvements that could take us forward.

Change rating systems. Apart from abandoning overall performance ratings, let people do their own rating. Even better, work on creating a culture of transparency and trust so that conversations about performance are regular, open and honest.

Make the reward system very simple, but make sure the teams and people who perform best are also the highest rewarded.

Balance the focus that we have had on individuals and start to manage and recognise team performance, and people who contribute to it.

Establish a clear purpose for the performance management system. Our group favors different conversations for performance and development, and both being much more frequent than once a year.

Make the system human, not mechanical and focus on supporting people to achieve their goals, rather than looking back, look forward. Give feedback and guidance regularly. Support managers in leading their teams in this way. Build leadership skills and help leaders create a culture of transparency and trust within their teams and in the organization.

Make the values the focus of recognizing and encouraging the right behaviours, so that performance management is part of helping to build and maintain the culture.

If we redirect our efforts in performance management like this, and then find that people are learning, trying new things, and they come to their line manager to share with them recent endeavours that they are proud and excited about, and they can say how the values have helped them do it well, would not that be what we want managing performance to be about? No one would dread that kind of interaction. This approach would also be completely aligned to the most recent version of the Investors in People Standard.

Our forum is staying on this topic for the next meeting, so we will have an update next month.

Visit https://investorsinpeople.ph/category/articles/ for more articles on our forum conversations and good practices in people management.