Why Leaders Should Know About Growth Mindset

Why Leaders Should Know About Growth Mindset 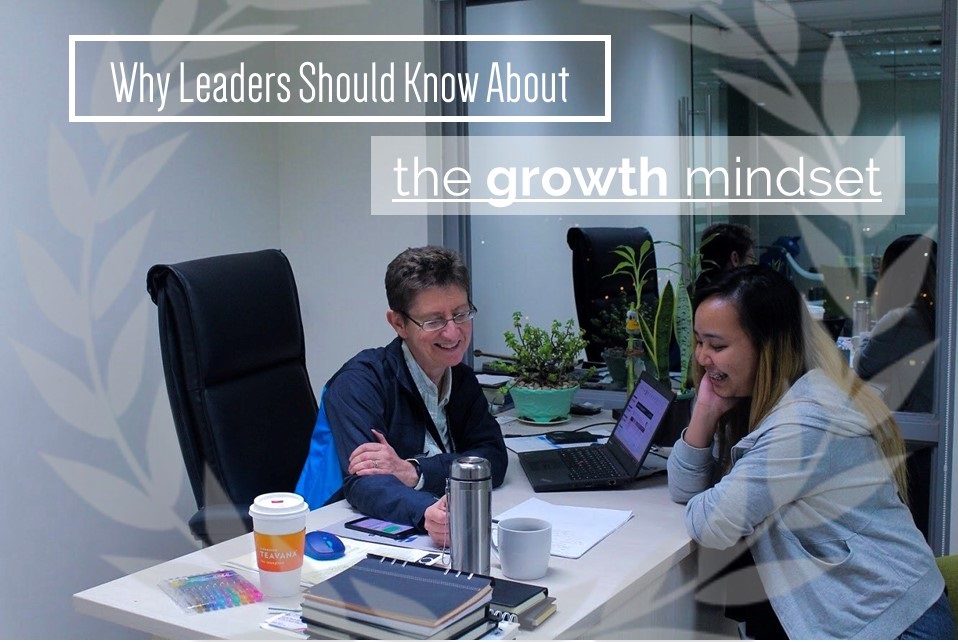 Well that presupposes that you have a fixed mindset, but even if you don’t, knowing about Carol Dweck’s research in how mindset affects our lives is important for each of us, our children, family, friends and colleagues. If you are a leader, I think you will be a better one when armed with an understanding of fixed and growth mindset.

Last month our Investors in People Think Group made a start on understanding the concept of growth mindset and its implication for our organizations. We have to acknowledge the work of Carol Dweck, and thank Dr Peter Laurel, President of Lyceum of the Philippines University, Batangas and Laguna, for drawing our attention to Carol Dweck’s work.

What Do We Mean by Fixed and Growth Mindsets?

Despite how it sounds, describing someone as having a fixed mindset, doesn’t mean they are a stubborn individual who dogmatically insists on one way of thinking, and is totally unprepared to change whatever the contradictory evidence may be. In fact it is very easy to change from a fixed mindset to a growth mindset. Why is that?

First of all, I think it is true to say that mindset, in this context, is synonymous with ‘assumption’. As we know, assumptions are not facts. We may have accepted an assumption as if it were a fact, without questioning. When we do challenge it however, we realize that what we held as true, was really an opinion or belief. A fixed mindset essentially is the assumption that intelligence and abilities are fixed (hence ‘fixed’ mindset). The alternative assumption is that intelligence and abilities are not fixed, and can be developed (or grown) with effort and determination. So if a fixed mindset is an assumption, then surely a growth mindset is too? Yes, that is true. However, what Carol Dweck’s research has shown is that a whole set of behaviours derive from the mindsets, that predispose those with a growth mindset to better performance and higher achievement. Assumption or fact then, it is a powerful and empowering belief.

How Does Mindset Affect Behavior?

The research that Carol Dweck has done, and continues to do, started out trying to understand different human responses to failure. She noticed that come children found failure devastating, while others saw it as an exciting new opportunity. Why? Her conclusion is that having a fixed mindset, or believing that you possess a certain, unchangeable, level of intelligence, means that any failure challenges your self image. If you fail it suggests that you are not as smart as you thought you were. You will therefore seek to avoid situations which put you at risk of failure, and instead try to always stay within your comfort zone. With a growth mindset, people see failure as an opportunity to learn, and so get smarter. You believe your intelligence depends on how hard you work, how much, and how well you learn. There is no shame in failing became you don’t have to preserve your identity of ‘a smart person’. You are more concerned about stretching yourself, because the more you stretch, the smarter you become.

What Does this Mean for us and our Organizations?

Where to start? First of all, the above is just a taste of the affect the growth or fixed mindsets have on our behaviour. I really recommend anyone to read Dweck’s book, ‘Mindset. How You Can Fulfil Your Potential.’ But going onto the implications for leaders, HR people and their organizations, her initial research here is showing that employees in companies with a prevailing ‘growth mindset’ are,

47 % more likely to say their colleagues are trustworthy

85% more likely to say their company supports risk taking, and

I think we would all like our organizations to be in this group.

Our thinking group debated some interesting aspects of fixed and growth mindset, including what they are and what they are not. Is there a generational difference? How to do you manage relationships between people with different mindsets? What does it mean for managing change and learning and development? Let me share some of our discussion.

What Are The Potential Misconceptions?

It’s easy to think that fixed means inflexible. That we might want people in certain functions to have a fixed mindset. Or that we want diversity of mindsets, and a combination of both fixed and growth would be positive. Maybe we want, say, marketing people to have a growth mindset, but not the people in finance, where controls and working to accounting standards need a fixed mindset. This is very likely misunderstanding the meaning of fixed and growth mindset. Believing you can continuously grow your capabilities is not the same as tossing aside controls and standards. It might actually mean being very determined to ensure you learn everything you can about accounting standards so that you can be the best accountant you can be.

Then, what about diversity? This assumes that there are benefits in having a fixed mindset that would offset the weakness in a growth mindset. There actually seems to be nothing positive about having a fixed mindset, and to be honest, until I read Carol Dweck’s book, I think I had one. Carol Dweck’s research and writing is very strongly on the side of helping everyone to develop a growth mindset, because they become more resilient, more positive, and achieve more. On that basis, it seems only right to encourage a growth mindset universally, and find diversity in other attributes.

Is Mindset Affected by Age?

Our question was, are young people more likely to have a growth mindset than older people. Dweck doesn’t comment on this in her book, but we could see how people might tend to see it that way. It is similar, however, to saying older people are more pessimistic, or friendly than younger people, when really those traits are unrelated to age. It could be though, that the education system of the past was more inclined to believe in fixed abilities. Children were classified very early in their school life. IQs were considered fixed entities (as far as I recall), and there was a pervading belief that our brains and personalities didn’t change much after a certain, relatively young age. Now we know that the brain is much more plastic than we thought, and even ‘old’ brains keep making new neural connections. If we think it is age related per say, then we would have to expect that people’s basic assumptions about intelligence and ability gradually change from growth to fixed as they grow older, which seems rather unlikely. What does seem to be suggested in Dweck’s work, is that a growth mindset is less common than a fixed one. Regardless of age.

What Happens When a Growth Mindset Manager Manages People With a Fixed Mindset, and Vice Versa?

One member of our group described situations like this that they had observed. It is easy to imagine how difficult it might be for a person with a growth mindset, eager to learn, willing to make mistakes and take on challenges, with a line manager who believes they are a fixed entity, has already categorized them as an’ Okay’ performer, and believes that is how they will stay. How long will they stay with that line manager? We also had examples of the opposite, where the line manager so wanted their people to step up, to learn, to challenge themselves, but the people only wanted to stay doing what they were familiar with and had been doing for the last 25 years. In both scenarios there is plenty of scope for frustration, conflict, and misunderstanding, unless we can help people to develop a growth mindset.

What Does this Mean for Talent Management?

In HR we do a lot of putting people in boxes when it comes to succession planning. Usually 9 boxes in fact, based on performance and potential. Sometimes this leads to us seeing those boxes as fixed. I admit, I have always found this rather depressing. The growth mind set is contrary to the idea of identifying a small number of high potential ‘stars’ and treating them differently. Surely this is an effective way to demoralize everyone except the ‘stars’. In Dweck’s recent research, it is also a characteristic of organizations with a prevailing fixed mindset.

The early research signs are, yes they are. Learning from mistakes, willingness to take risks, and enjoying a challenge are behaviours that stem from a growth mindset. The same behaviours that are needed for continuous improvement and innovation. This is also the kind of management that is required by the Investors in People standard, and an area that we see generally could benefit from more leadership encouragement.

So What Can We Do?

Here are a few things that leaders and HR people can consider doing to help develop a prevailing growth mindset.

If you would like to know more about the Growth Mindset, especially in alignment with the IIP Standard, we invite you all to attend our 9th Investors in People Concourse – with the theme “Creating a Limitless Mindset”. Top leaders from newly accredited IIP Organizations, as well as IIP professionals, will be speaking about topics related to the Growth Mindset. 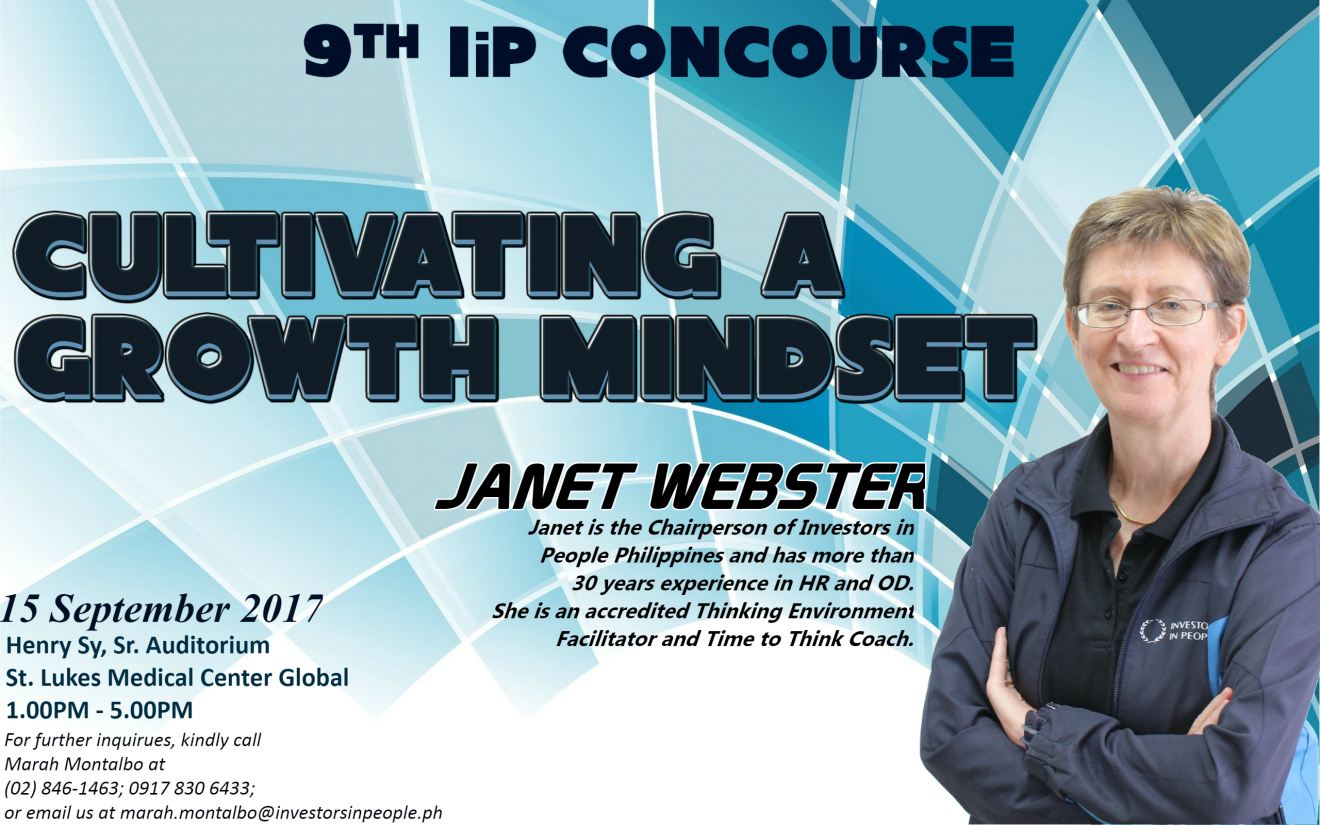 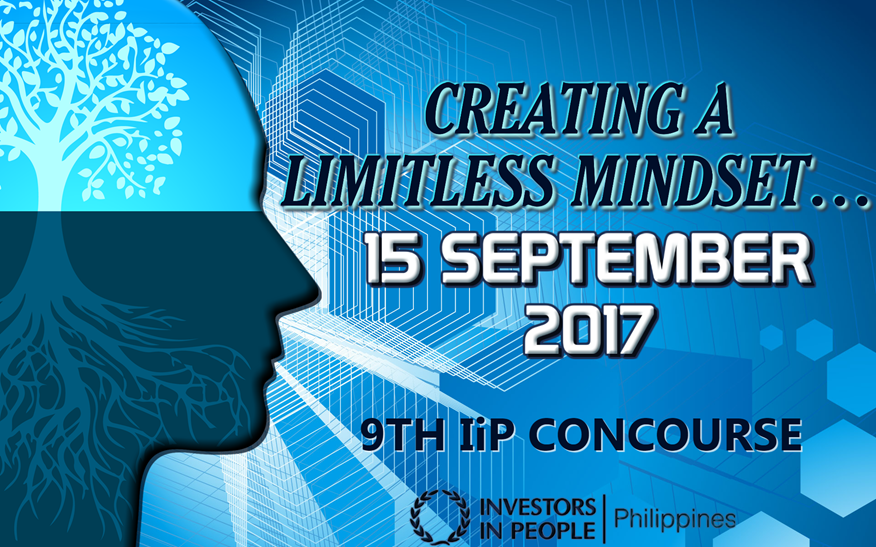 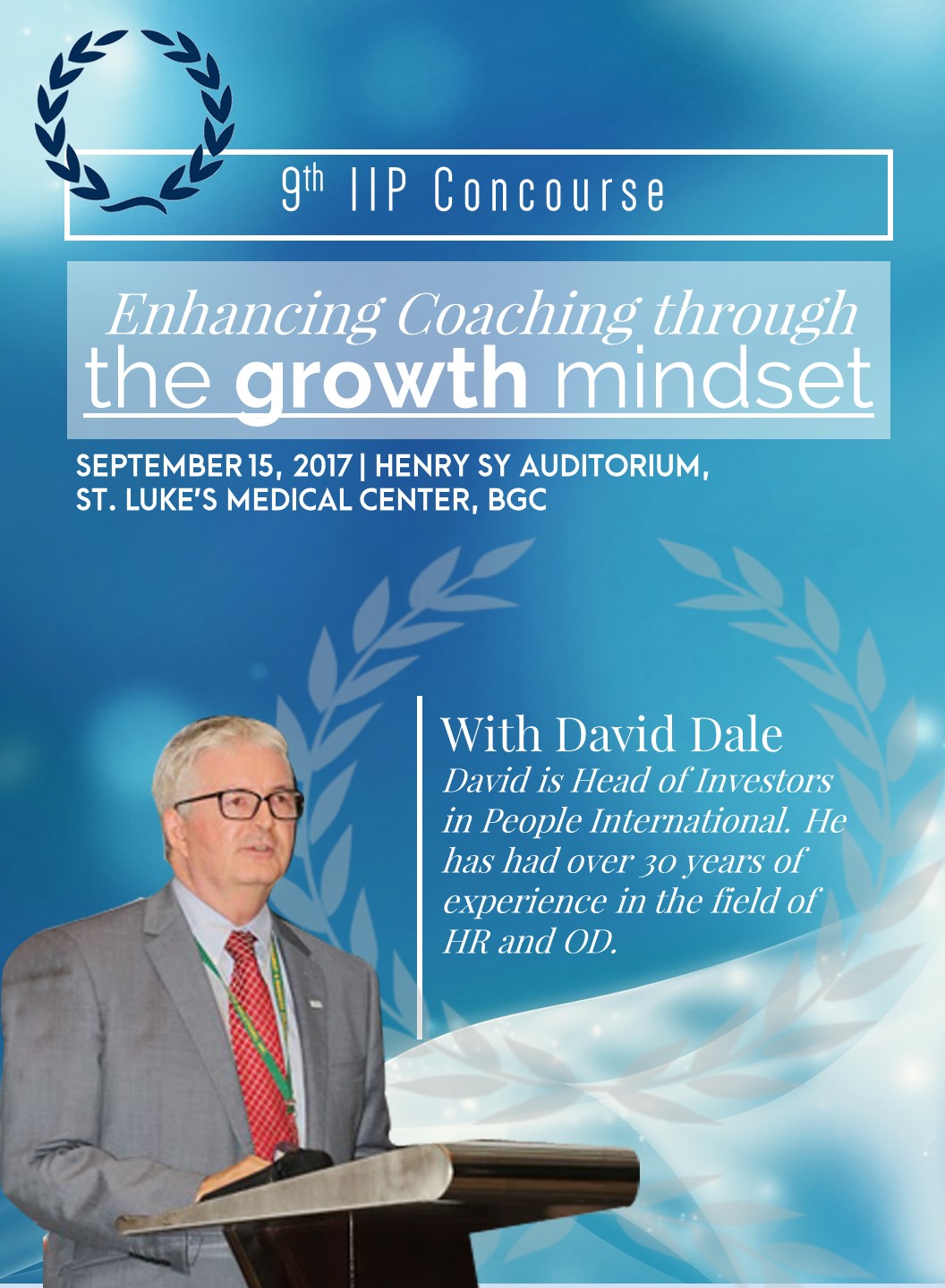